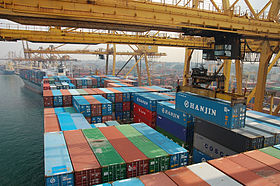 The Ministry of Defense controls the import of firearms and ammunition for use by the armed forces, police, and civil security. Certain military-related or dual-use items are prohibited or controlled. Radars, night-vision devices, beta lights, armored vehicles, explosion-detection equipment, digital-jamming equipment, infrared illuminators, GPS equipment, and laser designators are prohibited.

Imports of laser/radar range finders and thermal-image devices are subject to Ministry of Defense approval. Remote-controlled toys are also under license control for public security reasons. There are restrictions on the import of toxic and hazardous chemicals and pesticides. Used and reconditioned air conditioners and refrigerators are under license control for environmental protection.

The Sri Lanka Tea Board regulates tea imports into Sri Lanka. Tea imports require a license, only bulk tea can be imported, and only registered tea exporters are allowed to import tea for value addition and re-export. Only certain varieties of tea can be imported for such purposes. When re-exporting, the packages should indicate, “Ceylon Tea blended with other origin teas.”

Sri Lanka requires the approval of its Chief Food Authority for the importation or the sale of products derived from genetic engineering (GE) intended for human consumption.

Sri Lanka permits imports of poultry products only from countries that have never reported outbreaks of Highly Pathogenic Avian Influenza (HPAI) or only after six months have passed since a country has notified the World Organization for Animal Health (OIE) that a particular area or state (in the case of the United States) is free of avian influenza.

Sri Lankan animal health authorities take a long time to conduct microbiological tests of meat shipments. Additionally, these authorities occasionally reject imports based on testing methods that are not consistent with those set out in the country’s regulations or the import permit.

It is a major port for container and passenger traffic in the Indian Ocean and offers 51 berths and 3 container terminals. It is the base of Sri Lanka’s head offices of banks and insurance companies. The port of Colombo usually covers the schedules to the most popular commercial centres of South Asia.

Colombo port with a stacking capacity of 44.1 thousand TEU’s annually and is replete with state of the art computer systems and effective management practices. The container port is made out of three terminals with the cargo terminal having a storage area of 6,245 m 2 and an annual traffic capacity of 2.4 million TEU’s.

Portuguese first discovered the Port of Colombo in 1505 and began a trading post, making Colombo a well known commercial centre of import-export in the world. The port remained an important commercial and was made the capital of Dutch Maritime Provinces in 1796.

With favourable weather conditions throughout the year, this port serves as a leadingmaritime gateway in Sri Lanka and an ideal transit centre for intercontinental trade. Ranking among the top 35 ports in the world, the port of Colombo strives to become better every day with its South Harbour Development Project.