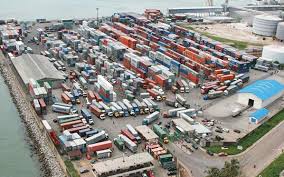 Corruption remains a major factor in clearing products through customs. After customs declaration and prior to clearance, importers must verify the value of goods imported. Following valuation, customs issues a bill for duties owed, which must be paid directly to the central bank (Banque Centrale de la République de Guinée, BCRG) or to a local commercial bank. With the bank receipt, merchandise can be cleared through customs. A variety of local shipping agents are available to assist with this process and with the warehousing of incoming goods.

Prohibited• Illegal drugs• Plants and plant products• Animals – unless permission has been obtained to do so• Religious Literature• Guns, explosives and ammunition• Knives and deadly weapons• Counterfeit money and goods• Pornographic material

Restricted• Residents and non residents alike can import up to 100, 00 Guinea Francs providing they have an export declaration equalling the amount brought in. An unlimited amount of foreign currency can be imported providing it is declared upon entry. A small amount of any foreign currency brought into the country will need to be changed into local currency –amount depending on the immigration authorities.• At the time of writing, an arms embargo set up by the EU prohibits any weapons or equipment “that could be used for internal repression”, from entering the country.• Any Cats or Dogs being imported will require a veterinarian good health and rabies inoculation certificate before being allowed to enter the country.• Any precious stones being taken out of the country will require a special export licence to do so.• A special permit from the Ministère de l’Intérieur et de la Sécurité is required in order to legally take photos of important government or military buildings. Failure to obtain one could lead to an arrest or imprisonment.