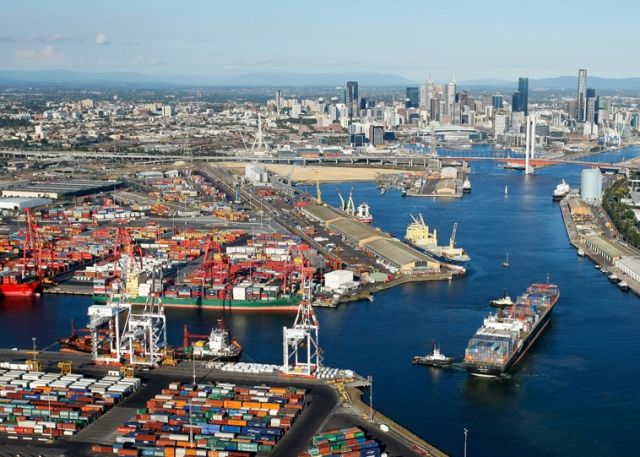 The import of live animal in Australia is not accepted by Maersk Line.

Bark is a prohibited import in Australia. If timber has been used in the container, the packer must make a declaration to state whether the timber has been inspected and found free of bark contamination.

The consignee is responsible for lodging an Import Declaration for full containers with Customs.

The port stretching to about 727 kilometres southwest of Sydney is well known for its international trade in the world. The port of Melbourne with a capacity of handling 79.7 million tonnes of cargo flaunts 34 commercial berths distributed amongst river wharves, five docks and piers.

The Port of Melbourne is a major port serving as an important commercial point inAustralia and a maritime centre to the shipping industry which marks its economic value. The port also has a capacity to handle vessels up to 215 metres long per year. The port’s warehouse covers a huge land of about 1.4 acres of closed storage and 4.3 acres of open storage.

This port gained importance in 1803 when an exploratory party attempted to establish a settlement on the Yarra River. With the onset of 1835, the Port of Melbourne became an important transhipment centre allowing easy import and export of commodities across borders. Today, it is has become a busy modern port quickly spreading out along the coastline.

Operating the largest interstate rail freight carrier in Australia is one of the port’s bestfeatures. The port's rail connection brings heavy freight train traffic acting as a major gateway for truck and rail transportation of the country.