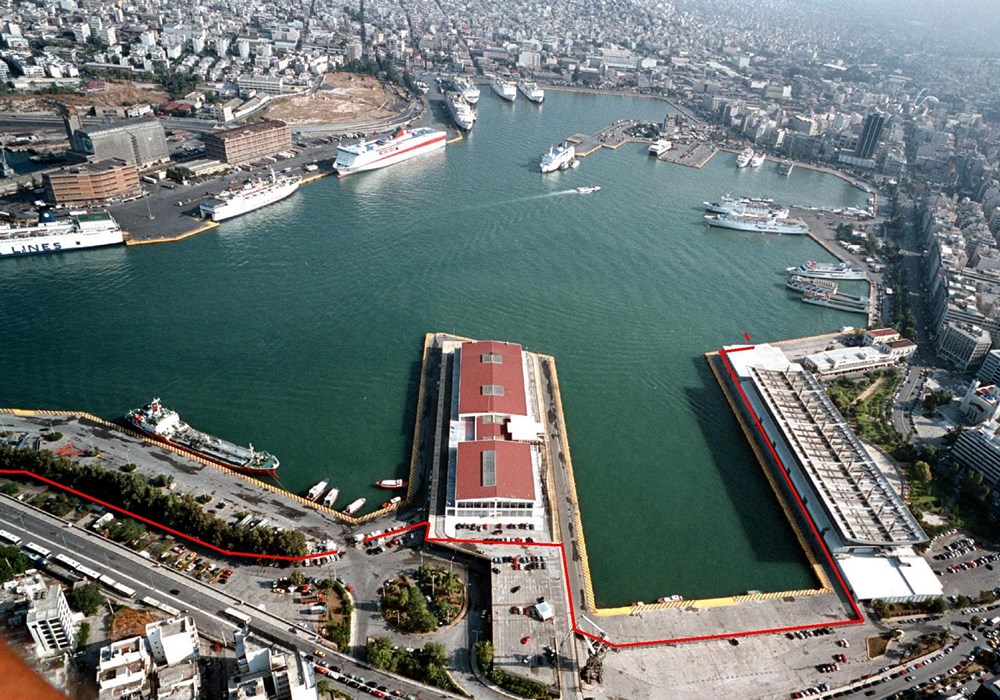 Failure to provide full IMO declaration on time, may even result in the coast guards prohibiting vessels entry to port.

Cargo declaration : Two (2) working days prior to the vessel's arrival.

The Main Port is used for Passenger ships, ferries and cruise vessels. It is the largest port for cruise and passenger traffic in the Mediterranean Sea and offers 11 berths and 2 passenger terminals. It is the only European port in the crossroad of three continents. The port of Piraeus usually covers the schedules to the most popular Greek islands, including the Cyclades, the Dodecanese, the Eastern Aegean islands and Crete.

Piraeus passenger port serves more than 18.6 million passengers annually and is the busiest port in Europe and the second biggest port in the world. The container port is made out of three terminals with the cargo terminal having a storage area of 180,000 m 2 and an annual traffic capacity of 25,000,000 tonnes.

Themistocles initiated the fortifications of the port about 25 years ago making Piraeus a well known commercial centre of import-export in the world. The port remained an important commercial hub and was given the name “Porto Leone” as it is guarded by the marble statue of The Piraeus Lion.

With favourable weather conditions throughout the year, this port serves as a leading maritime gateway in the eastern Mediterranean and an ideal transit centre for intercontinental trade.