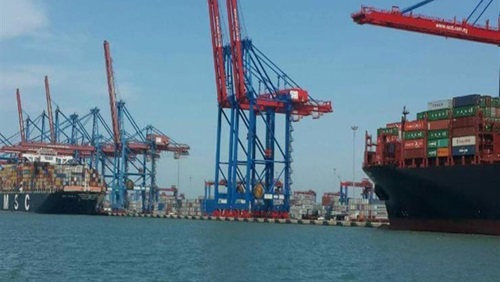 Cigarettes bookings are not accepted to Egypt

The port of Said is an important harbour for exports of Egyptian products and is the second among Egyptian cities according to HDI in 2009 and 2010. It stretches to about 30 kilometres (19 miles) along the coast of Mediterranean Sea, representing a competitive advantage of being located near to the Suez Canal.

An important export centre of the world, a bustling industrial hub and with an enormous warehousing capacity of handling 2.2 million TEUs of containerized cargo totalling 6 million tonnes each year, Port Said sets the pace of economic activities for miles around. Dry Bulk Terminal with two berths totalling 246 meters and huge 30.2 thousand square meters of the warehouse with state of the art infrastructure are capable of handling more than 12.2 million tonnes of cargo per year.

Founded on Easter Monday, April 25, 1859, by Said of Egypt, the port of Said is a duty-free port. The potential of this strategic port was recognised by the end of the 19th Century when Port Said became the biggest coal-bunkering station in the world.

This port ensures the safe, efficient, and cost-effective movement of cargos around the world. All this makes the port of Said a reliable and strategic base in Egypt and an excellent choice for ship container transport.