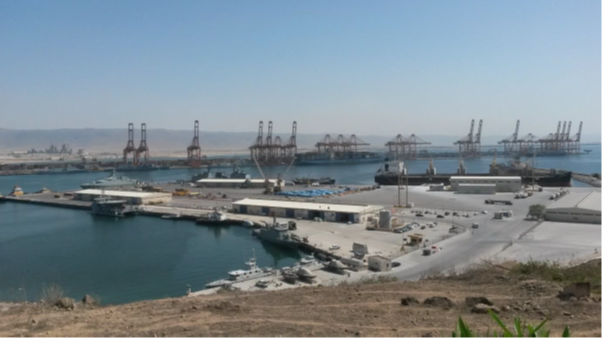 No specific requirement, all types of bills of lading accepted. Containers allowed to be discharged to foreign parties but can only be cleared upon declaration of local consignee/notify and same can be corrected via amendment which is allowed post discharge of container/s.

According to the Royal Oman Police Customs Directorate (ROP Customs) website, the following are required for clearance of imported goods:An accredited copy of commercial registration and an activity form or permission for importing if such a form doesn’t exist.A valid copy of the affiliation certificate to the Oman Chamber of Industry and Commerce (OCIC).A valid certificate from the manufacturer.A valid quotation list.Packing lists.Bill of lading at sea and air custom offices only.A manifest of the shipment (a document that contains a detailed description of the cargo).A permission of deliverance from the shipping agent.A comprehensive valid written authorization from the person in charge for custom clearance.Filling in the import statement and the form of clearing and classifying the goods according to the operating system along with other required documents, which should be submitted To Whom It May Concern.In case there is an absence of a valid purchase invoice or a valid certificate from the manufacturer, the clearance will cost OMR 20 paid in cash. This money could be reimbursed if the required documents are submitted within 90 days from the date of payment.Providing an approval from the authority in charge for the restricted goods only.Paying the required taxes and custom fees for the total value of the shipment including cargo and insurance (CIF).

All imports into Oman above OMR 1,000 must be accompanied by: an accredited copy of commercial registration; a copy of the affiliation certificate to the Oman Chamber of Commerce and Industry (OCCI); a commercial invoice, a bill of lading, or airway bill; the relevant certificate or permit for restricted imports (section 3.2.6); and a certificate of origin for preferential imports.

Port of Salalah is located in the Dhofar Governorate, on the Arabian Sea, which is on the northern part of the Indian Ocean. The port was formerly known as Raysut Harbour or Mina' Raysut or Port Raysut.

Within the port, roughly 2.5 billion consumers are served annually making it Oman’s largest seaport. The Port of Salalah operates both a general cargo terminal and container terminal with accommodating large vessels up to 16m draft from the furthest corners of the earth.

Since 1988, the port has been skilfully managed by APM Terminals and the Dutch terminal operating company, so much so that it managed to get itself listed on the Omani stock exchange as Salalah Port Services Company (S.A.O.G.).

Serving the markets of East Africa, the Red Sea, the Indian Subcontinent and the Arabian/Persian Gulf, the port has kept itself alive by being the most viable economic areas with their advantageous location. The port is also recognised as the main Container Transhipment Terminal of the region capable of processing the world’s largest containers. Demonstrating great ability to operate the international logistics, the port of Salalah continues to grow.