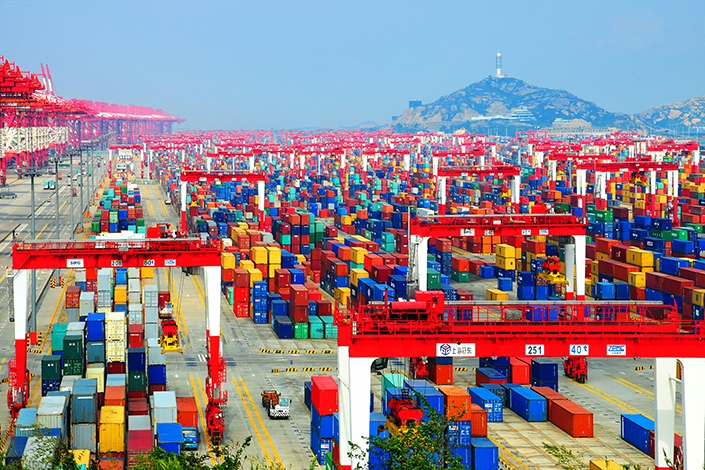 The Port of Shanghai is an important port connecting the city of Shanghai to the Yangtze River and China Sea. The port with handling 29.05 million TEU in 2010 witnessed a significant increase in the shipping activity as it comprises of both deep-sea port and river port.

This Port marks the centre of major economic activity in an area of influence with 5143 units of cargo-handling equipment. The port has a quay length of 20 km with a total storage area of 293 thousand square metres. The port also comprises of three major container areas: Wusongkou, Waigaoqiao, and Yangshan.

The Port of Shanghai marks its history in the year 1842 when it became a treaty port thus developing into an international commercial port. Since then the port managed to evolve without sacrificing its historical roots becoming the largest maritime port in East Asia along with an extensive warehouse capacity.

The fusion of ancient history and innovation makes the port of Shanghai a dynamic port with efficient Customs port authorities ensuring a systematic processing of cargo saving both time and money.