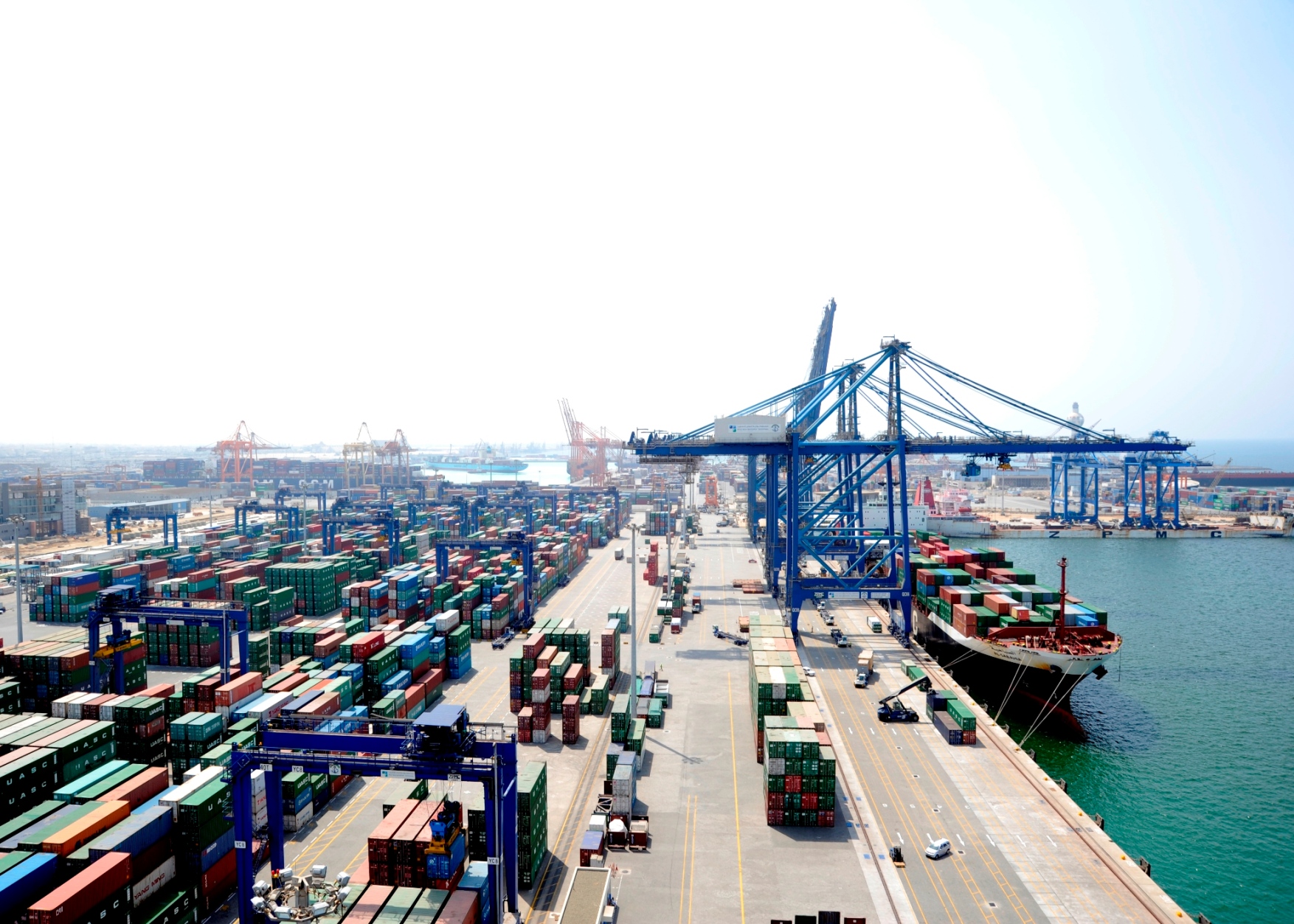 Any cargo containing alcohol, drugs, pork, pornographic articles, political and religious literature and products (such as Christmas trees, liquor chocolates) and Israeli goods are not allowed to be discharged, loaded or transshipped at any Saudi ports. IMO cargo (class 1, class 7) and military cargo consigned to Saudi Arabia should not be loaded, unless approval is received from Saudi OPS dept.

Certain items such as antiques, Arabian horses, livestock, or subsidized items need special approval to export, e.g., feed additives require a Certificate of Analysis that needs to be authenticated.

Foodstuff validity period together with ingredients should be labeled in Arabic in accordance with the Saudi or GCC specifications.

Saudi Arabia has removed its export ban on all scrap metals and will not apply export duties on these products.

Strategically located on the country's central western coast on the Red Sea about 70 kilometers west of Mecca, the port’s location ease the functioning of the import-export taking place along the coast. With this, the Port of Jeddah has made its mark in international trade with an overall traffic of 52 million tonnes.

It may interest you to know that the local logistics zone of the port is provided with 520 acres (open) and 100 acres (covered) of warehousing facilities. With 58 berths specializing in different types of cargo, this port is replete with modern infrastructure of container terminals, bulk terminals and Ro terminals.

Port of Jeddah was founded more than 2000 years ago by the Yemeni Quada tribe. In 647 AD, Muslim Caliph Uthman Ibn Affan created the Jeddah Islamic Port as a gateway for Islamic pilgrims. After which this port was seen as Saudi Arabia’s commercial capital.

Well- known for its oil export business, Jeddah is the country’s third busiest industrial city. What’s makes it all the more different is that the port is free of congestion. A port so strategically planned is bound to drive the regional economy serving as the agent of change.