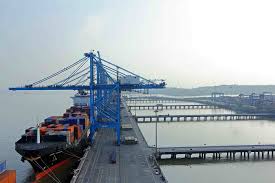 Capital goods can be imported with a license under the Export Promotion Capital Goods plan (EPCG) at reduced rates of duty, subject to the fulfillment of a time-bound export obligation.

An advance license is issued to allow duty free import of inputs, which are physically incorporated in the export product (making normal allowance for wastage). In addition, fuel, oil, energy, catalysts etc. that are consumed during their use to obtain the export product, may also be allowed under the plan. The raw materials/inputs are allowed in terms of Standard Input-Output Norms (SION) or self-declared norms of exporter.

All importers must accompany a copy of the L/C to ensure that payment for the import is made. Normally this document is counter-checked with the issuing bank so that outflow of foreign exchange is checked.

If a Bill of Entry is filed without using the Electronic Data Interchange system, the following documents are also generally required:Signed invoice;Packing list;Bill of lading or delivery order/air waybill;GATT declaration form;Importer/CHA declaration;Import license wherever necessary;Letter of credit/bank draft;Insurance document;Industrial license, if required;Test report in case of chemicals;Adhoc exemption order;DEEC Book/DEPB in original, where applicable;Catalogue, technical write up, literature in case of machineries, spares or chemicals as may be applicable;Separately split up value of spares, components, and machinery; and,Certificate of Origin, if preferential rate of duty is claimed.

The port of Nhava Sheva, located across the Thane Creek, six nautical miles east of the Port of Mumbai, is one of the major and busiest ports of India. It handles almost half of the country's sea trade.

Nhava Sheva port is also known as Jawaharlal Nehru Port. Initially planned to act as a satellite port to Port of Mumbai, but due to Mumbai Port’s inability to handle the increasing traffic, Nhava Sheva was declared an independent port in 1989. Today it is one of India’s most tech savvy and largest ports. The port handles cargo traffic from and to Madhya Pradesh, Maharashtra, Karnataka, parts of North India, and Gujarat.

Located in the south-east of Elephanta Island, the port handles about 60% of India’s container traffic, which is expected to grow as the country's export-import trade increases. It might also intrigue you to know that Nhava Seva port is continuously developing new concepts to make the port ready for the future.